Jasbir Puar is associate professor of women’s and gender studies at Rutgers University. She is the author of Terrorist Assemblages: Homonationalism in Queer Times, which won the 2007 Cultural Studies Book Award from the association for Asian American studies. Keynote Abstract 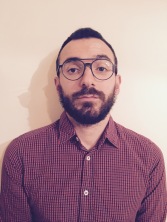 Cesare Di Feliciantonio holds a double PhD in Geography from KU Leuven and Sapienza-University of Rome. He is currently post-doctoral fellow in the department of Geography of Trinity College Dublin. His main research interests include: urban social geography and political economy; geographies of sexualities and political economy of identity. His articles have been published, among others, on Antipode, European Urban and Regional Studies, Geoforum, Housing Policy Debate, and International Journal of Urban and Regional Research. Keynote Abstract

Eleanor Wilkinson is Lecturer in Human Geography within Geography and Environment at the University of Southampton. She a feminist geographer interested in exploring the intersections between intimacy, culture, and the political economy. She is particularly interested in interdisciplinary approaches to understanding intimate life, drawing on methods and perspectives from socio-legal studies, feminist theory, and cultural studies. Her research interests include feminist architecture, queer domesticities, singleness and the geographies of solitude. Keynote Abstract

Gavin Brown is an Associate Professor in Human Geography at the University of Leicester. He is a cultural, historical and political geographer with wide-ranging research interests. His recent research has recorded the history of a four-year long anti-apartheid ‘protest camp’ in London in the 1980s. He has a book (co-authored with Helen Yaffe) about Youth activism and solidarity: the Non-Stop Picket against apartheid forthcoming in 2018 with Routledge. He is a co-editor (with Kath Browne) of The Routledge Research Companion to Geographies of Sex and Sexualities and is currently developing a new research project about the geopolitics of sexual orientation and gender identity. Keynote Abstract

Larry Knopp is Professor of Geography in the School of Interdisciplinary Arts & Sciences at the University of Washington Tacoma (USA).  He is also Adjunct Professor of Geography and Gender, Women & Sexuality Studies and Affiliate Professor in Comparative History of Ideas at the University of Washington Seattle.  His research concerns questions of power and place, especially as they pertain to issues of sexuality, gender, class, and other axes of difference. He also studies feminist and queer theories; the theory, politics and practice of mapping queer populations and cultures; the politics of sexual health; and North American cultural and political geographies. He teaches courses and advises students on both the Tacoma and Seattle campuses of the University of Washington. Currently these include undergraduate courses on cultural geography and gender, space & culture, and graduate courses on critical place studies and interdisciplinary thesis writing. Keynote Abstract 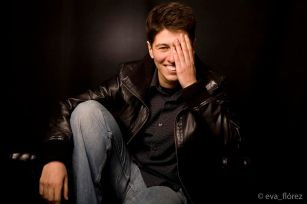 Lucas Platero Méndez holds a PhD in Sociology and Political Science from the National Distance Education University of Spain, as well as a Bachelor’s degree in Psychology from the Complutense University of Madrid. He currently serves as a social and community intervention instructor for the Community of Madrid and as director of publications for trans* studies at Bellaterra Publishing House. In collaboration with Esther Ortega Arjonilla, he is currently conducting research on the experiences of trans* people with children. He is a member of various research projects, such as the HERA European Project “Cruising the 1970s-CRUSEV” (2016-2018)” and the research and development project “Voces múltiples, saberes plurales y tecnologías biomédicas” (2016-2018) for the Department of Science, Technology and Society for the Spanish National Research Council’s Institute of Philosophy. He has collaborated on various European research projects, with an emphasis on intersectionality, intimate citizenship, and construction of the LGBT political agenda. He has published numerous articles in international and state research journals, as well as several books, including Lesbianas: Discursos y representaciones (Melusina, 2008), Intersecciones: Cuerpos y sexualidades en la encrucijada (Bellaterra, 2012); Trans*exualidades: Acompañamientos, factores de salud y recursos educativos (Bellaterra, 2014) and Por un chato de vino: Historias de travestismo y masculinidad femenina (Bellaterra, 2015). Keynote Abstract